Especially in small and medium-sized companies, there is hardly a topic between employer and works council that is more dynamite than the question of access to the payroll.

If one reads § 80 exp. 2 BetrVG, the written word sounds so natural and simple:

Insight into payrolls: Jurisprudence and new data law questions – Where does the road lead to?

The work council received the order by the BetrVG to watch over the fact that the laws and collective agreements in favor of the employee-paid are implemented (§ 80 exp. 1 No. 1 BetrVG. In addition among other things the obligation of the employer resulting from § 75 exp. 1 BetrVG belongs to it to consider the general equal treatment principle. In addition the work council must have knowledge over it whether it is fair in the enterprise with the salary payments or corrections must be made in this connection. In order to succumb to such knowledge, § 80 exp. 2 sentence 2 BetrVG determines that the work council is to be made available at any time when desired the documents necessary for the execution of its tasks. In this context the work committee or a committee formed in accordance with § 28 BetrVG is entitled to take insight into the lists over the gross wages and salaries (not however the net wages).

The employer is not obliged to first prepare documents that do not exist. Rather, the works council has a right of inspection only of those documents which are already available at least as electronic files.

The works council has the right to inspect all wage and salary components of a collective and non-tariff nature and irrespective of whether they are one-off or recurring employer benefits – or whether they have been negotiated in individual contracts or under collective law. Excluded are the salaries of executive employees.

The works council does not need to give reasons if it wishes to inspect the payroll.

There is no need for a special reason to exercise the right to inspect the payroll, as this would make the works council’s task more difficult.

The right of inspection must be structured in such a way that the person inspecting the lists can make notes of the list – without being monitored in the room – but cannot copy the entire list. In times of today’s mobile phone photos that can be taken quickly, however, this regulation should remain largely unheard of in practice.

So far, so good. But as so often, the devil is in the details. Here in the form of the data protection laws:

Even before the new Basic Data Protection Regulation (DSGVO) came into force in May 2018, there were the first emerging views on the part of employers in labour law proceedings on the scope of the works council’s right to inspect payrolls. A ruling issued in the proceedings before the Federal Labour Court in 2014 (1 ABR 4/12), which in terms of content dealt primarily with the problem of inspecting special payments, did not consider the exercise of the right of inspection to be a violation of data protection provisions of the old Federal Data Protection Act. This issue was dealt with only very briefly compared to the issue of fundamental rights. Although gross remuneration lists contain personal data within the meaning of § 3 (1) BDSG (old version), inspection by a works council is a permissible form of data use under § 32 (1) BDSG (old version). Furthermore, the works council itself is part of the responsible body according to § 3 no. 7 BDSG (old version), the inspection is therefore not a disclosure of data to third parties.

In the following years, and especially in the months before the DSGVO came into force on 25 May 2018 – and thus also a new BDSG that was coordinated with this regulation – the calls from some employers that certain inspections of payrolls violated applicable data protection law became louder again. Various proceedings were brought before several state labour courts, including the Saxony-Anhalt State Labour Court and the Lower Saxony State Labour Court in 2018. In both proceedings, the bone of contention was the question of whether there was a right to inspect anonymous or non-anonymous payrolls in order to determine whether the general principle of equal treatment had been observed. In the proceedings before the Higher Labor Court of Lower Saxony, which were brought before the Labor Court of Hanover in the first instance, a decision was issued on October 22, 2018 ( 12 TaBV 23/18). The court found: Works councils have a right to inspect complete, non-anonymised payrolls. This right does not violate the new DSGVO.

Three points in the case law

In the decision, the LAG Niedersachsen has particularly emphasised three aspects:

– Data processing is also lawful according to Art. 6 Para. 1 DSGVO, because the inspection is a legal obligation of the employer towards the works council. 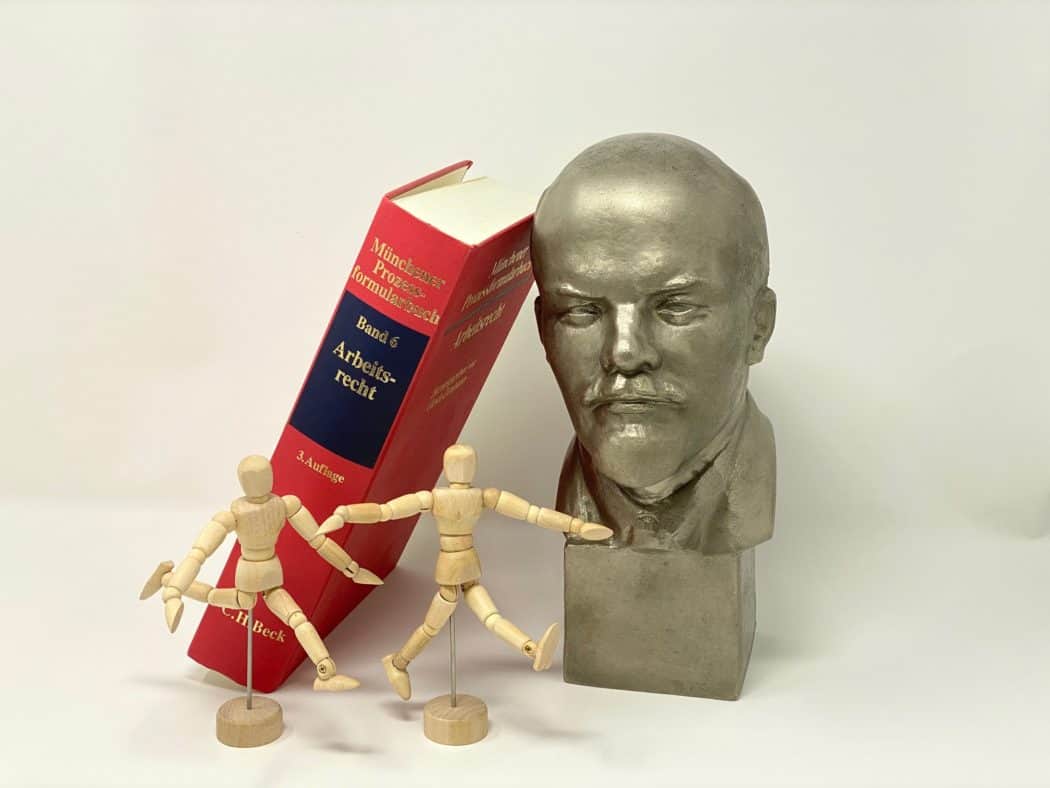 In the meantime, the proceedings are pending before the Federal Labour Court ( 1 ABR 44/18). A decision is still pending (as of 15 March 2019). Should the BAG fully share the view of the LAG at the lower instance – also with regard to data protection considerations – this would be advantageous for works councils in the future.

However, there are doubts about the data protection considerations of the decision, which should be known, since they could possibly lead to a different decision by the BAG – and thus influence all future works council work:

As far as the specific problem of (non-)-anonymised payrolls is concerned, the concept of the “necessity” of processing personal data pursuant to § 26, Subsection 1, Sentence 1, BDSG, as amended, is different from that of § 80, Subsection 2, Sentence 2, BetrVG. The BDSG n.F. has – in contrast to the old data protection law – application priority over the regulations of the BetrVG, with the consequence that a data protection-legal necessity requires also a proportionality examination, thus a balancing in individual cases between the information interest of the work council and the interests and fundamental rights of the employees concerned thereby.

The statement made by the Higher Labor Court of Lower Saxony (and other state labor courts) that the works council is not a “third party” in terms of data protection law is independent of the question of anonymized payrolls, but on the other hand of much greater importance. If the BAG were to come to a different decision here and consider the works council to be responsible in its own right within the meaning of the DSGVO – as are numerous data protection authorities – the works councils would be faced with enormous tasks:

Not only would they have to specify the precise purposes of their respective data processing operations, implement deletion concepts, answer requests for information and keep a processing register, but they would also have to appoint a data protection officer if they had 10 or more members. In addition, in the event of independent responsibility under data protection law, works councils are threatened with a fine of up to 20 million euros in accordance with Section 83 BDSG if they fail to implement the requirements of the DSGVO or do not do so correctly. However, even according to the case law in force to date, which states that the works council is not a “third party” but part of the employer, the employer is not immune from sanctions: On the one hand, works councils are threatened with high fines under § 14 OWiG anyway if they unlawfully process personal data. On the other hand, an employer who has to pay damages for unlawful data processing will take recourse to the works council.

In order to save costs (also for the employer), it is generally advisable for companies to offer their works councils the opportunity to use their data protection structures. Both also have the option of concluding works agreements under which the employee representatives are part of the employer under data protection law, as this option opens up § 88  DSGVO to them.